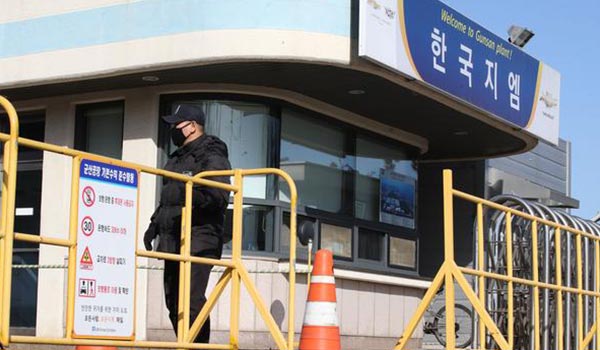 The U.S. automaker General Motors Co. (GM) has decided to shut down its South Korean operation GM Korea Co.’s manufacturing plant in Gunsan, one of its four factories in Korea, as part of its restructuring measures.

GM Korea announced Tuesday that it will close its plant in Gunsan, southwest of Seoul, by the end of May as its first self-rescue measure to overcome the financial struggles from slow sales of its vehicles produced in the country. According to an official from the carmaker, GM concluded it is impossible to implement restructuring process for its Korean unit without closing any facility.

Due to the recent poor sales, the average operation rate of Gunsan plant that produces mid-sized sedan Cruise and sport utility vehicle (SUV) Orlando has come below 20 percent. The number of workers has also steadily decreased from 3,600 to 2,200.

The factory closure is part of GM’s ongoing restructuring efforts to turn around slow sales in Asia where the company has been losing money since 2016. In recent years, GM has withdrawn from Australia and Indonesia and significantly cut the operations in Thai and India.

GM Korea runs four assembly lines in Bupyeong in Incheon, Changwon in South Gyeongsang, Boryeong in South Chungcheong and Gunsan. It currently hires about 16,000 workers at its Korean operations, and the company sold 132,377 units in Korea and exported 392,170 vehicles to 120 markets around the world in 2017, according to the company.

GM is expected to take charges against profits of $850 million to reflect the Korean restructuring costs, including $375 million in cash related to employee expenses, the company said in a statement on Tuesday. All of these charges will be substantially recorded by the end of the second quarter of 2018, it added.

The latest factory shutdown decision comes a few weeks after GM was said to have met the Korean government officials to request financial support for its Korean operations. The state-run Korea Development Bank (KDB) owns a 17 percent stake in the GM Korea operations while GM holds 77 percent of the Korean operations. This would be a major restructuring at the operations since 2002 when GM took over Daewoo Motors.

“The performance of our operations in South Korea needs to be urgently addressed by GM Korea and its key stakeholders,” Barry Engle, GM executive vice president and president of GM International, said in the statement. “As we are at a critical juncture of needing to make product allocation decisions, the ongoing discussions must demonstrate significant progress by the end of February, when GM will make important decisions on next steps.”

In response to GM’s decision to shut down Gunsan factory, the Korean government said it would first inspect the conditions of the operations before making any decision.

According to industry sources, GM Korea said if it receives funding from its second largest shareholder KDB, it would spend the money just for Bupyeong and Changwon lines, according to sources. Its Changwon, Boryeong and Bupyeong first facilities currently operate at full capacity and Bupyeong second line runs at 60 percent of its capacity.

Some market watchers suggested that GM had also requested the Korean government to help its plan to increase capital by issuing new shares, which would cost KDB about 500 billion won ($462 million). An official from the government said nothing has been determined yet. GM Korea’s debt reached 3 trillion won and already exceeded its equity capital.

By Kim Jung-hwan and Choi Mira