SUWON, Gyeonggi Province, Dec. 6 (Yonhap) — The city of Suwon just south of Seoul is a place built by King Jeongjo to remember his father and a royal base aimed at holding the ruling elites of the Joseon Dynasty (1392-1910) in check.

The king, the 22nd monarch, had Hwaseong Fortress built near the tomb of his father, Crown Prince Sado. 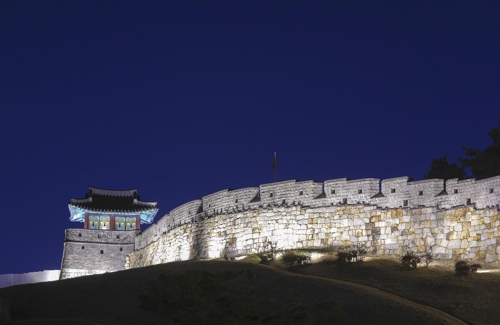 Prince Sado was deposed by his own father and the grandfather of Jeongjo, King Yeongjo, and was confined to a rice chest, where he starved to death in 1762 at the age of 28.

During his 25-year reign after ascending the throne in 1776, King Jeongjo traveled to the fortress 13 times to pay tribute to his father.

In 1795, King Jeongjo embarked on an eight-day trip to Hwaseong to celebrate the 20th anniversary of his reign and 60th birthday of his mother. During the trip, the king was accompanied by a 6,000-strong entourage.

This pilgrimage to the tomb, during which the king accompanied his mother with care, was one of his many deeds to show filial affection toward his father. 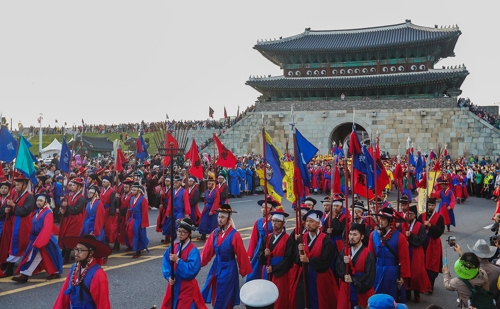 His trips to the fortress, a UNESCO-designated cultural heritage site, were the largest royal processions during the dynasty. Leaving Changdeok Palace in Seoul, the procession stayed at Siheung Temporary Palace one night before reaching the fortress via the nearby town of Anyang and Jijidae Hill at the city’s entrance.

The king’s pilgrimage to the fortress is reenacted every year in October during the Suwon Hwaseong Fortress Cultural Festival. 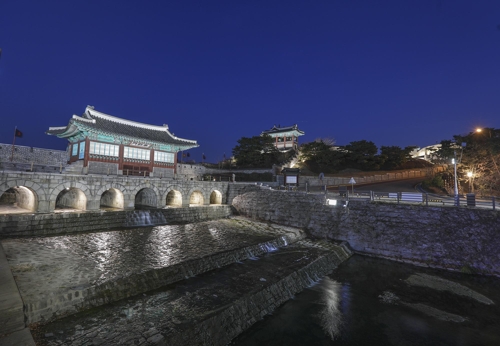 The festival features scores of programs, including the reenactment of King Jeongjo’s pilgrimage to his father’s shrine, the reenactment of a royal birthday party for his mother Crown Princess Hong, a martial arts demonstration called “Mumuhwapyeong,” and a concert at the fortress’ Banghwasuryujeong Pavilion.

The best way to enjoy the fortress is walking along the walls as it helps to get a better understanding of how big Hwaseong really is and what it was like to live near such a structure.

An alternative is to ride one of the Tourist Trolleys with a design inspired by the royal vehicle used by King Gojong and the palanquins of the Joseon Dynasty. 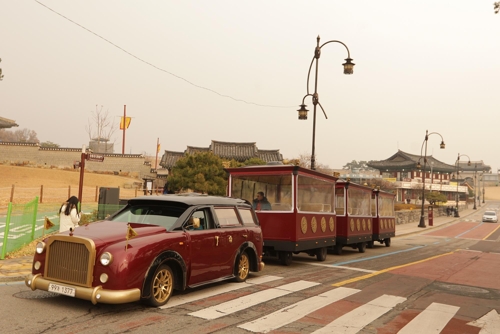 A file photo of a Hwaseong Fortress Tourist Trolley (Yonhap)

The trolleys travel through the fortress and allow passengers to conveniently get off at places of interest and hop back on later. All seats have heaters installed and an earphone jack that provides an audio guide to the fortress in English, Chinese and Japanese. 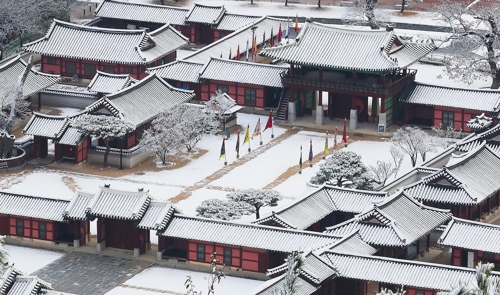 The palace was the location of a splendid feast held on the 60th birthday of his mother, Hyegyeonggung Hong, and many other events, including awarding certificates for successful candidates of special national exams.

The Jangyongyeong guard ceremony is held at the front gate every Sunday from April to October.

The fortress wall stretches for 5.5 kilometers and has a great variety of military facilities that are hard to find anywhere else. 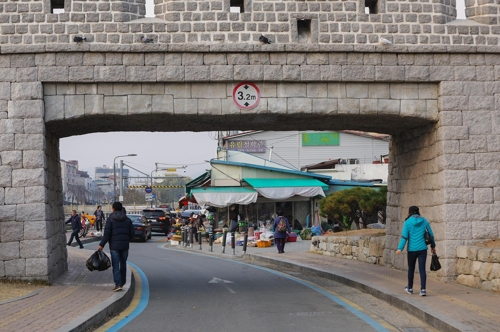 A file photo of the main gate of Hwaseong Fortress (Yonhap)

The fortress wall was built using both stones and bricks and the holes between the bricks are big enough to fire guns and shot arrows.

During construction of the fortress, Jeong Yak-Yong invented “Geojunggi,” a complex lever-and-pulley crane system to lift up heavy stones to reduce construction time.

During the 1950-53 Korean War, the fortress was severely damaged, and the Seoul government carried out a major restoration effort between 1975 and 1979 that has since been recognized by the United Nations cultural organization. 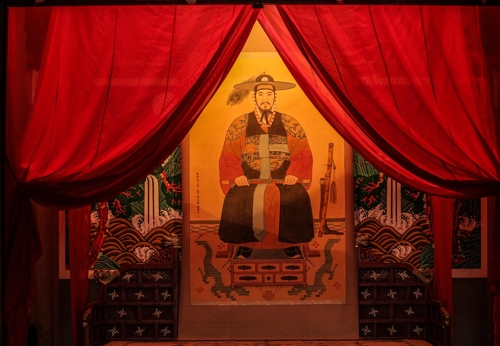 A file photo of a picture of King Jeongjo at Hwaseong Haenggung Palace. (Yonhap)

The fortress, meanwhile, has an alley that is famous for scores of fried chicken restaurants. 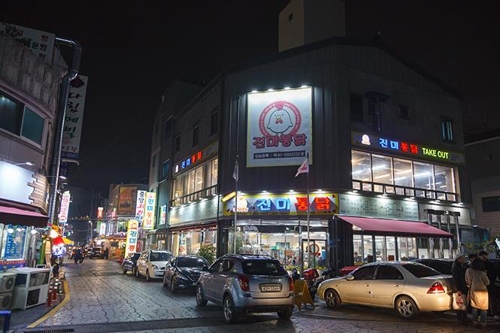